Podcast Pick: Can Slowing Down Make You More Creative? 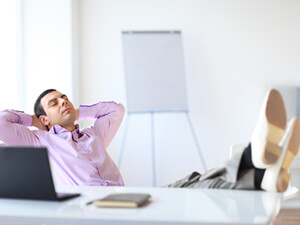 Despite being a self-described ‘pre-crastinator, professor at the Wharton School of the University of Pennsylvania and psychologist Adam Grant says those who slow down — even procrastinate — tend to be more creative, original thinkers.

On the value of procrastination, Grant said, “People who started early and then put it away for a while and then came back to it — they were much more likely to do divergent thinking and incubation and that actually boosted their creativity. We ran some experiments to show that in fact, forcing people to procrastinate or inciting them to procrastinate could boost their creativity as long as they didn’t wait too long.”

His story is fascinating – and totally hilarious – as he put his Type A personality to the test of procrastination and reveals how this “slowing down” works so well.

Listen to the Podcast